Showing posts from February, 2019
Show all

The perfect Annapurna Base Camp trek route for slow trekkers 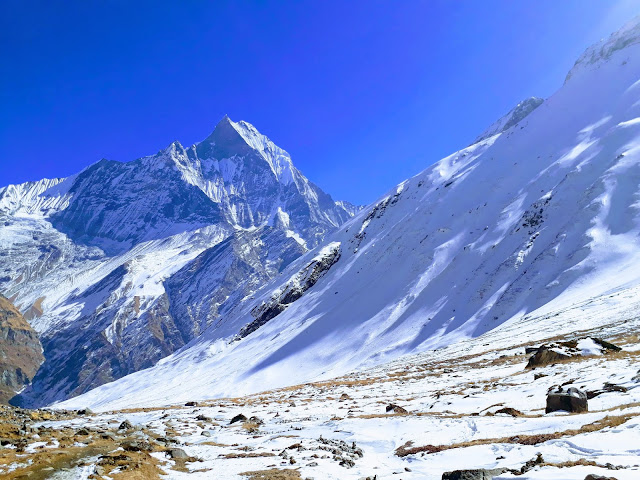 Annapurna Base Camp is a must trek for anyone who gets awestruck by magnificent mountains. The Annapurna Base Camp Trek is a journey with the gorgeous views and sights of the mighty Annapurna massif and its many neighboring peaks. From the very beginning of the trek from Pokhara, prominent mountain peaks like the Machhapuchhre and the Nilgiri along with the massif of the Annapurna Himal grace the distant skyline in a spectacular fashion.  The eight thousand plus meters Annapurna is worth watching in itself. The Annapurna Base Came trek route varies according to your fitness level as well as your no of days you're planning to spend. But it's wise to ascend slowly to get acclimatized. Slow ascend and acclimatization with high altitude will prevent you from Acute Mountain Sickness. Annapurna Base Camp trek falls in the moderate category. If the weather is favorable you can take children as well. One thing to consider is always traveling in groups, as you may need help time a
Post a Comment
Location: Annapurna Sanctuary, Ghandruk 33700, Nepal
Read more
More posts