This is one of the SADDEST stories ever told in Hollywood. His name is Sylvester Stallone. One of the BIGGEST and Most famous American Movie superstars. Back in the day, Stallone was a struggling actor in every definition. At some point, he got so broke that he stole his wife’s jewelry and sold it. Things got so bad that he even ended up homeless. Yes, he slept at the New York bus station for 3 days. Unable to pay rent or afford food. His lowest point came when he tried to sell his dog at the liquor store to any stranger. He didn’t have money to feed the dog anymore. He sold it at $25 only. He says he walked away crying.
Two weeks later, he saw a boxing match between Mohammed Ali and Chuck Wepner and that match gave him the inspiration to write the script for the famous movie, ROCKY. He wrote the script for 20 hours! He tried to sell it and got an offer for $125,000 for the script. But he had just ONE REQUEST. He wanted to STAR in the movie. He wanted to be the MAIN ACTOR, Rocky himself. But the studio said NO. They wanted a REAL STAR.
They said he “Looked funny and talked funny”. He left with his script. A few weeks later, the studio offered him $250,000 for the script. He refused. They even offered $350,000. He still refused. They wanted his movie, but NOT him. He said NO. He had to be IN THAT MOVIE.
After a while, the studio agreed, gave him $35,000 for the script and let him star in it! The rest is history! The movie won Best Picture, Best Directing and Best Film Editing at the prestigious Oscar Awards. He was even nominated for BEST ACTOR! The Movie ROCKY was even inducted into the American National Film Registry as one of the greatest movies ever!
And do you know the first thing he bought with the $35,000? THE DOG HE SOLD. Yes, Stallone LOVED HIS DOG SO MUCH that he stood at the liquor store for 3 days waiting for the man he sold his dog too. And on the 3rd day, he saw the man coming with the dog. Stallone explained why he sold the dog and begged for the dog back. The man refused. Stallone offered him $100. The man refused. He offered him $500. And the guy refused. Yes, he refused even $1000. And, Believe it or Not, Stallone had to pay $15,000 for the same dog he sold at $25 only! And he finally got his dog back!

And today, the same Stallone who slept in the streets and sold his dog JUST BECAUSE he couldn’t even feed it anymore is one of the GREATEST Movie Stars who ever walked the Earth!
Being broke is BAD. Really BAD. Have you ever had a dream? A wonderful dream? But You are too broke to implement it? Too tiny to do it? Too small to accomplish it?
Life is tough. Opportunities will pass you by, just because you are a NOBODY. People will want your products but NOT YOU. It's a tough world. If you ain’t already famous or rich or “connected”, you will find it rough. Doors will be shut on you. People will steal your glory and crash your hopes. You will push and push. And yet NOTHING WILL HAPPEN.
And then your hopes will be crashed. You will be broke. Damn broke. You will do odd jobs for survival. You will be unable to feed yourself. And yes, you may end up sleeping in the streets. It happens. Yes, it does.
BUT NEVER LET THEM CRUSH THAT DREAM. Whatever happens to You, Keep Dreaming. Even when they crush your hopes, Keep Dreaming. Even when they turn you away, Keep Dreaming. Even when they shut you down, Keep Dreaming.
NO ONE KNOWS WHAT YOU ARE CAPABLE OF EXCEPT YOURSELF! People will judge you by HOW you look. And by WHAT you have. But Fight on! Fight for Your place in history. Fight for your glory. NEVER EVER GIVE UP!
Even if it means selling all your clothes and sleeping with the dogs, IT’S OKAY! But AS LONG AS YOU ARE STILL ALIVE, Your STORY IS NOT OVER.
Keep Up the Fight. Keep your dreams and hope alive. Go get it !!!
Source: BelowZeroToHero and actors.co.ke

Movies and Series to watch during coronavirus quarantine

How to download all your college and other textbook pdfs for free? 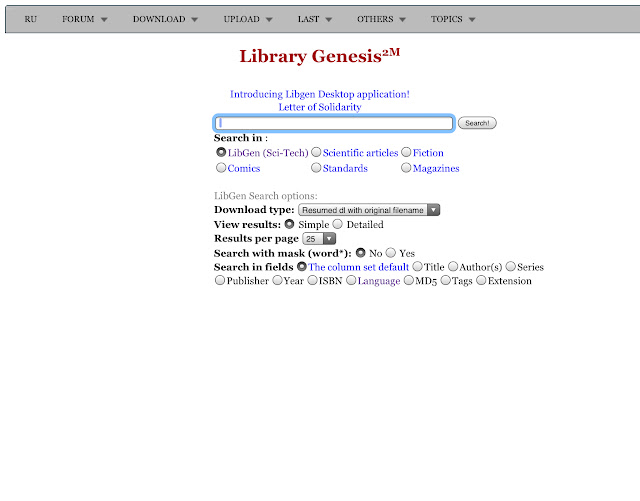 Many times we just need pdf instead of buying a paperback edition. Google can sometimes be helpful but in most the cases, search for a textbothe ok leads to some spam or fake sites. Here is an easy way to download the latest edition of the textbook that you've been searching for. 1. Goto libgen.is or  http://gen.lib.rus.ec/ 2. Type in your textbook name, make sure the spelling is correct.  To confirm the spelling search the book in Amazon or Google and then copy the book’s title. 3. Click on sethe arch. If you find the book, click on yethe ar to make sure you see all the editions arranged year-wise. 4. Click on the title of the book now. 5. You'll see all the details of the book. 6. Click again on the title of the book to go to download page. 7. Click on the GET to download the book. And the book is downloaded. Feel free to comment if you’ve any questions.
Read more